When I started at Michaels millennia ago, we had a brilliant walking encyclopedia of knowledge and engineering know-how. His name was Dave Hamilton, or Ham for short. He was probably 30 years older than me. My boss at the time said Ham knew the answer to any problem. Younger engineers would spend a few weeks to prove he was right.

A couple of weeks ago, in the final of a series on electrification prompted by the EPRI conference in Charlotte, I wrote in Electrification at Scale that decarb fans need to 1) brace for consequences such as 9,000 pound SUVs, 2) carbon-intense electricity sources, 3) that batteries will never bridge extensive absences of renewable generation and 4) that electrification hasn’t yet started.

For 4), refer to 2-8 below. We are 0.3% electrified. The added electrification load is projected to be 33 GW or 33 large nuclear power plants. I suggested a generation mix of 50% nuclear (capacity) to handle the base load and a bunch of combined cycle natural gas plants to handle wild swings in renewable production.

As we see below, the word “may” shall be replaced with “will.”

Decarbonization Progress and A (Poor) Plan

ISO New England (map depiction here) decarbonized its electricity supply by 50% since 2000 by decommissioning coal and fuel oil generation. The 2040 S3 scenario in the figure below represents a measly 85% decarbonization in Massachusetts by 2050. As I wrote in Blistering Wind and Solar Energy, what got us here was easy, driven by economics, lack of organized pushback, and tax breaks for renewable energy. The plot below is my assessment of renewable growth and cost for windy states from the Dakotas to Texas. Looking at Figure 2-1 above, I can see that the effort will hit a granite wall in the next couple of decades when natural gas generation plummets and nuclear energy drops by about 40%. That will either A) not work or B) cost a fortune. The uninformed talk and write about replacing coal or natural gas (thermal) generation with renewable generation. Renewable and thermal sources are not close to interchangeability. Figure 2-5 from the ISO-NE report shows why. August is a brute. The wind stops blowing, and solar output drops, just like it is here in Wisconsin as I write this – it’s hot and muggy with 94% cloud cover. Notice that this is energy production, not capacity. The summer doldrums are called the dog days, not dog hours or minutes – i.e., much too long for batteries to bridge. Few people, not lawmakers, policymakers, or cheerleaders, think of demand meeting supply. The highest periods of renewable generation are in the spring and fall when loads are lowest with minuscule heating and cooling loads. Result: YUGE excess capacity and cost required to meet peak winter loads and the dog-day renewable doldrum.

Remember the 33 GW of added load for electrified heat and transportation in Figure 2.8 above. ISO NE estimates that during days of high renewable production, 15 GW will need to be curtailed – wasted, dumped, per Figure 5.2 below.

Our mantra is to minimize waste. That is waste. We can see what I talked about a million times – a “full” fleet of renewables requires nearly an equal fleet of backup thermal generation, in this case, from natural gas. The ISO NE report states that reserve margin, the excess capacity required to maintain stable and reliable service, would increase from 15% today to 300% under the “aggressive” (only 85%) decarbonization. Ouch. Furthermore, the report states there isn’t enough gas pipeline capacity to meet that demand. There are 1.8 billion cubic feet (bcf) per day available with a projected demand of 2.7 bcf to serve a low-renewable winter day.

Natural gas consumption would drop by 53%, but capacity (power plants and the money to build them) would decrease by only 14%. Adding to the natural gas constraints, the analysts behind the report wisely project early conversions of propane and fuel oil switching over to electrified heat. Natural gas heating will be the last to convert, stressing supply to serve existing gas-fired heat, plus gas to generate power for electrified heating systems.

Put a Fork in the Battery Ham

On July 12, I noted that renewables and storage would never bridge the gaps caused by intermittent renewables. In a July 21 Utility Dive Post, a NERC spokesman quoted, “Batteries aren’t going to do it, and we’re going to need a backup fuel for wind and solar.” The July 29 ISO NE report says, “Energy storage resources such as BESS [batteries] and pumped storage hydro were included in the FGRS Scenarios. However, these resources generally could not provide sufficient energy storage, and fossil fuel resources were needed to fill the gap.”

The industry needs to pursue what I recommended before, plus maybe a little extra nuclear capacity, and fill the gaps with natural gas, which is about 75% less carbon intensive than coal. Scaling up nuclear will be less expensive and wasteful regarding excess capacity and curtailment, land, and resource use.

Get on it and come back to Ham with an answer. 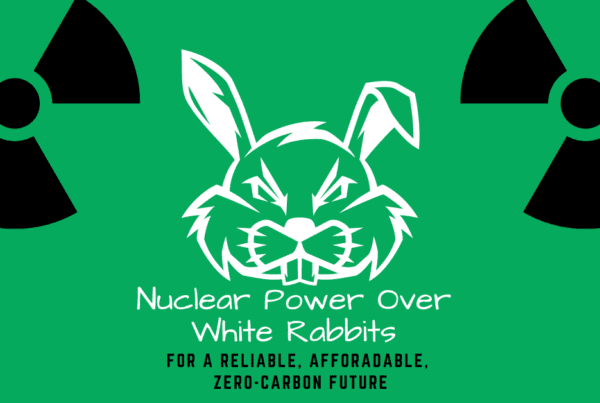